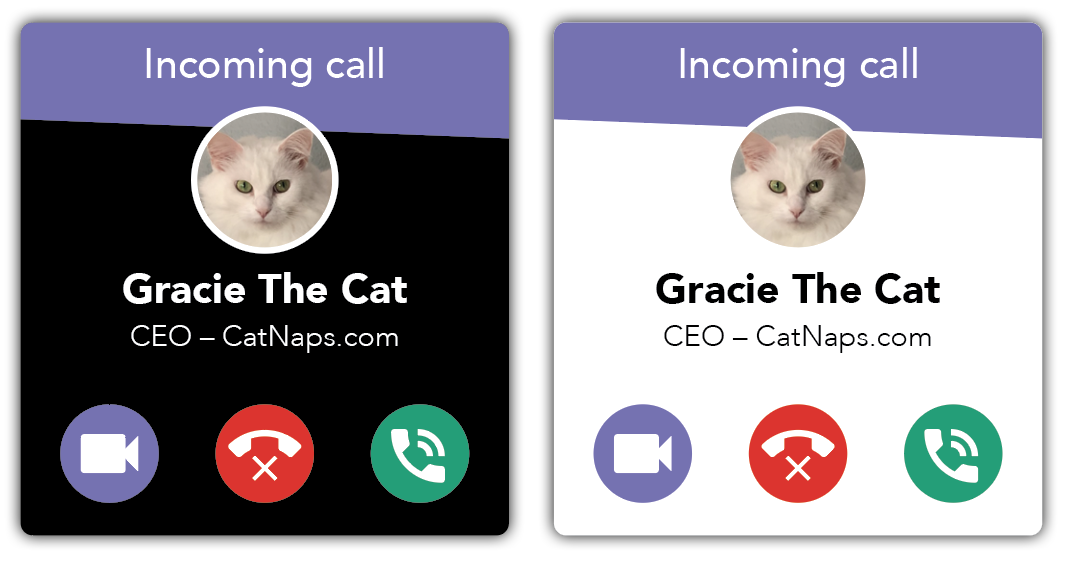 Summary
This case study will outline the actions that were taken to design a more inclusive pop-up calling window, and how user testing of icons and specific color combinations were integrated to determine the end results. 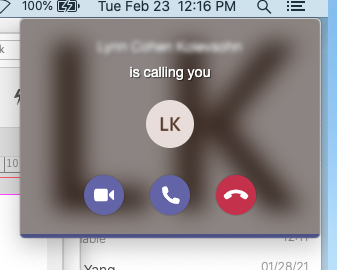 Research
Two main areas of research were taken for this update, icon design and color combinations.

While the original design uses standard Google icons, alone they do not adequately define what action is desired from each. Other possible icons styles were explored and two other designs were generated from this research.

The color combinations used for the original buttons do not enhance the desired action for each. Research emphasized that standard stop-go color combinations are challenging for color-blind individuals to distinguish the difference. Utilizing a color-blind simulator helped determine which color mixtures were most accessible.

Wireframes
Using InDesign, the first wireframes were designed, making sure to prioritize the features that would best address the needs of the users. These low-fidelity prototypes started in grayscale and limited color versions.

FIRST GOAL: Figures 1, 2 and 3 were shown to users individually and in order. On each figure, the user was asked to “connect the phone call.” Figure 3 had the highest level of achievement, in the fastest time, with the least amount of contemplation.

SECOND GOAL: Figures 4, 5 and 6 were shown to users individually and in order. On each figure, the user was asked to “decline the phone call.” With the addition of color, all users were able to complete the correct call-to-action. However, Figure 6 scored the easiest to determine, in the quickest time.

THIRD GOAL: Figures 7 and 8 were shown to users individually and in order. On each figure, the user was asked to “answer the call.” While all users were successful, half gravitated to figure 7 and half to figure 8. After discussing this more with the users, most said the order they picked more closely matched their phone’s caller window.

High-fidelity Mockups
After feedback was implemented and improvements were made to the wireframes, high-fidelity mockups were designed in InDesign. 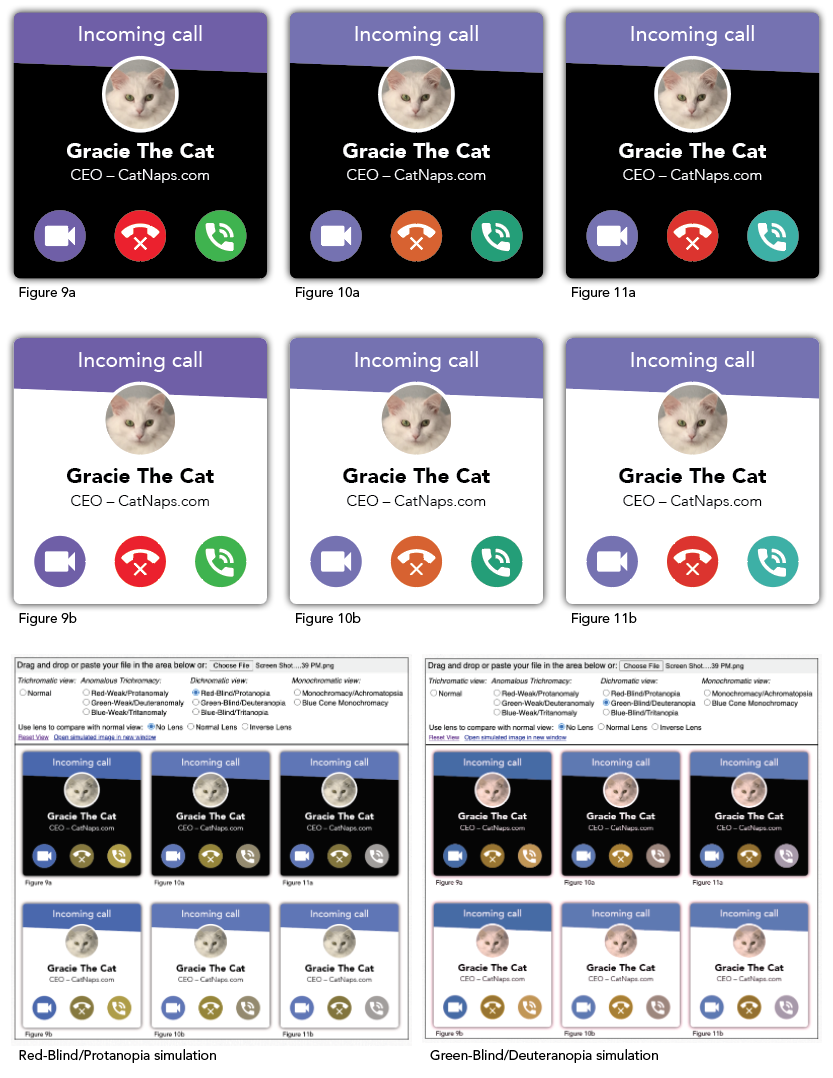